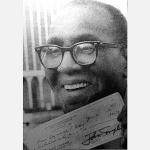 On the morning of July 4, 1944, Primus E. King, an African American duly registered to vote in Georgia, sought to cast a ballot at the Muscogee County Courthouse in Columbus in the Democratic Party’s primary election. Shortly after entering the courthouse, King was roughly turned away by a law officer who escorted him back out to the street. During this time the Democratic Party monopolized political activity in Georgia, as in other southern states, and the party’s primary provided the only occasion in which a voter was offered a choice between candidates seeking offices in state and local government. For this very reason Blacks were denied participation in the primaries by the Georgia Democratic Party and its county affiliates.

King’s challenge to the white primary had been planned by a group of Columbus African American civil rights activists led by Dr. Thomas Brewer. By prearrangement King, after his rejection, walked several blocks to the office of Oscar D. Smith Sr., a white attorney, who prepared a lawsuit against members of the Muscogee County Democratic Party Executive Committee, chaired by Joseph E. Chapman, for denying King his right, as a citizen of the United States, to vote. In September 1945 the arguments in King v. Chapman et al.commenced in a federal district court in Macon. Smith and King’s other principal lawyer, Harry S. Strozier of Macon, argued that their client’s right to vote under the Fourteenth, Fifteenth, and Seventeenth amendments to the U.S. Constitution had been violated. They asked for $5,000 in damages for the plaintiff.

On October 12, 1945, Federal Judge T. Hoyt Davis ruled in King’s favor and awarded him $100 at 7 percent interest, since it was clear that the defense attorneys would appeal the decision. Because the U.S. Supreme Court had recently declared Texas’s whites-only primary unconstitutional on the grounds that the Texas Democratic Party was part of the state government, the defense had argued that the Democratic Party in Georgia was a private entity.

On March 6, 1946, in the U.S. Circuit Court of Appeals in New Orleans, Louisiana, Judge Samuel H. Sibley, a Georgia native, denied the contention of the defense in King v. Chapman, arguing that Georgia’s election laws “associated” the state with the Democratic Party primary and that the state, therefore, “puts its power behind the rules of the party.” (Thurgood Marshall, the lawyer who later orchestrated the famed school desegregation case Brown v. Board of Education in 1954, served as amicus curiae for King before the appeals court.)

The Muscogee County Democratic Party refused to let the case drop. Chapman’s attorneys then requested that the U.S. Supreme Court review and overturn Sibley’s decision. The high court declined to hear the case on April 1, 1946. In March 1945 the state of Georgia had abolished the three-dollar poll tax, thereby removing the economic impediment to voting in the state. Primus King’s almost two-year-long struggle against the white primary, paid for by more than $10,000 dollars raised by Brewer and others in the Columbus chapter of the National Association of Colored People (NAACP), now finally eliminated the legal barriers that had stood in the way of Black Georgians’ right to cast ballots in state and local elections.

King was courageous in his confrontation with law officers on Independence Day 1944, and brave in his determination to pursue the case despite threats made against his life. King was not, however, a political activist. He was born on February 5, 1900, to Lucy and Ed King near Hatchechubbee in Russell County, Alabama, where his father was a sharecropper. King never received any formal education. As a boy, he moved with his family to Columbus, where he worked with his father on a crew building the Meritas cotton mill. In 1921 he married Genie Mae King, who later taught for many years in public schools. The couple had one daughter. In his early twenties King worked as a chauffeur and butler for a prominent white family in Columbus. He suffered humiliation in his work as a servant and encountered discrimination as a customer at white-owned eating establishments; these experiences later played a role in his decision to work with Brewer to demand his right to vote.

As a young man King sought to lessen the pain of discrimination by becoming economically independent. He quickly learned barbering by watching others practice the trade and was able to purchase his own shop with his small savings. After his conversion to Christianity during a revival meeting, he became a pastor at Mt. Pleasant Baptist Church in 1939 and later ministered at Salem Baptist Church. King’s religious faith, he later noted, fortified him for his assault on the white primary. King barbered and ministered long before and after the legal case that put his name in newspapers around the country. He sold the barber shop and retired in 1963. On November 3, 1986, he died in Columbus.

Eventually, honors came to King from the political establishment that had once spurned him. In 1973 Mayor Bob Hydrick proclaimed June 28 as Primus E. King Day in Columbus; in 1977 the Democratic Executive Committee of Muscogee County paid King the $100 plus interest ($324.70) that they owed him; and in 2000 Governor Roy Barnes signed into law a bill naming a stretch of state road in Columbus as the Primus King Highway.

Thomas Hency Brewer, Sr. was an African-American physician, born on November 19, 1894,
in Saco, Alabama, who was instrumental in the civil rights movement in Columbus, Georgia
during the early- to mid-twentieth century, before he was assassinated in 1956.

Brewer was born in Saco, Alabama, graduated from Selma University in Selma, Alabama, then
from Meharry Medical College in Nashville, Tennessee, and moved to Columbus, Georgia in
1920. He became a respected physician and one of Columbus' most prominent civil rights
activists, succeeding in the desegregation of the Columbus Police Department, being one of the
founders of the city's NAACP chapter, and as a supporter of Primus King, among other
advocacies. [2] He was active in the Republican Party, serving as a delegate to the GOP National
Convention in Philadelphia.
On July 4, 1944, Primus E. King, an African-American registered voter, went to the Muscogee
County Courthouse in Columbus to cast his vote in the Democratic Party's primary election. He
was turned away by law enforcement. Dr. Brewer encouraged and financially supported Mr.
King in his lawsuit filed in federal court, styled King v. Chapman. In a landmark ruling, the court
found in Mr. King's favor, deciding that the exclusion of black voters was unconstitutional. The
U.S. Court of Appeals agreed, which ended the State of Georgia's &quot;whites only&quot; primaries. [3]
Dr. Brewer shared an office building on First Street in Columbus with the F&amp;B Department
store, owned by Luico Flowers. In 1956, the two men witnessed a beating of a black man by
police outside of the building. Dr. Brewer and Mr. Flowers argued about the incident: Dr.
Brewer believed the police officer used excessive force and Mr. Flowers disagreed. About a
week later, on February 18, 1956, Mr. Flowers shot Dr. Brewer seven times and killed him,
claiming self-defense. The grand jury believed Mr. Flowers' account of the incident and he was
not charged. A year later, Mr. Flowers was found shot dead, in what authorities determined was a
suicide. [4]
Approximately 2,500 mourners showed up for Dr. Brewer's funeral at the First African Baptist
Church on Fifth Avenue.
Lillian &quot;Bunky&quot; McClung, the daughter of the first African-American mayor of Columbus, A. J.
McClung, recalled the death of Dr. Brewer in a 2015 interview with the Columbus Ledger-
Enquirer newspaper: &quot;Dr. Brewer had been the person behind motivating the people in this
community to want more. … I remember that day he was shot. I remember when my daddy got
that phone call and he ran out the door. … There were several dentists, several doctors in the
community … they all left when Dr Brewer was shot.&quot; [5] Brewer's wife and daughter left the city,
as did Brewer's attorney and several other prominent physicians and businessmen, including Dr.
W.G. McCoo, his spouse, Dr. Mary McCoo and their children, including their young daughter
Marilyn McCoo. [6][7]

A historical marker placed at the site of his assassination reads &quot;Dr. Thomas H. Brewer – A Pike
County, Alabama native of African-American descent, Dr. Brewer was born November 16, 1894.
His office was located at 1025½ First Avenue. Brewer emerged as a chief spokesman for the civil
rights of the Negro and was described by Roy Wilkins of the NAACP as a 'fearless champion of
the rights of his people.' His goal to guarantee the Negro the right to vote throughout the State of
Georgia and the South was achieved in the Primus King case in 1945. He was a leader of the
local chapter of the NAACP and worked tirelessly for racial equality. Brewer was killed by
gunshots February 18, 1956 near this site.&quot; [8] 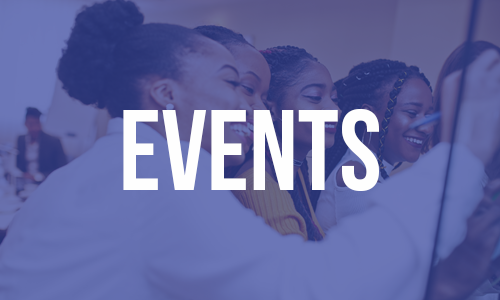 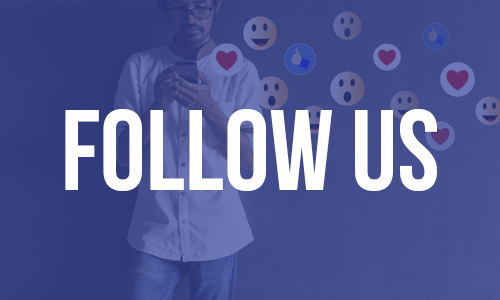